How can I view network requests (for debugging) in React Native?

I’d like to view my network requests in React Native to help me debug – ideally in the ‘Network’ tab of Chrome’s devtools.
There are some closed issues about this on GitHub (https://github.com/facebook/react-native/issues/4122 and https://github.com/facebook/react-native/issues/934) but I don’t entirely understand them. It sounds like I need to undo some of React Native’s polyfills and then run some commands with extra debugging flags, and maybe modify some Chrome security settings? And apparently there are some security issues involved in doing this that might make it a terrible idea, but nobody involved in the thread has explicitly stated what they are.
Could somebody provide a step-by-step guide to getting the Network tab working with React Native, as well as an explanation of the security issues involved in doing so?

EDIT: frevib linked to more concise syntax below. Thanks frevib!

GLOBAL.originalXMLHttpRequest refers the the Chrome Dev Tools copy of XHR. It is provided by RN as an escape hatch. Shvetusya’s solution will only work if the dev tools are open and thus providing XMLHttpRequest.

EDIT: You will need to allow cross origin requests when in debugger mode. With chrome you can use this handy plugin.

EDIT: Read about the RN github issue that lead me to this solution

I use the following in my app ( Add this in your main app.js entry point file ) :

The best thing is that it also shows the fetch logs in the console as well which are well formatted.

On the network tab:

I use Reactotron for tracking network request. 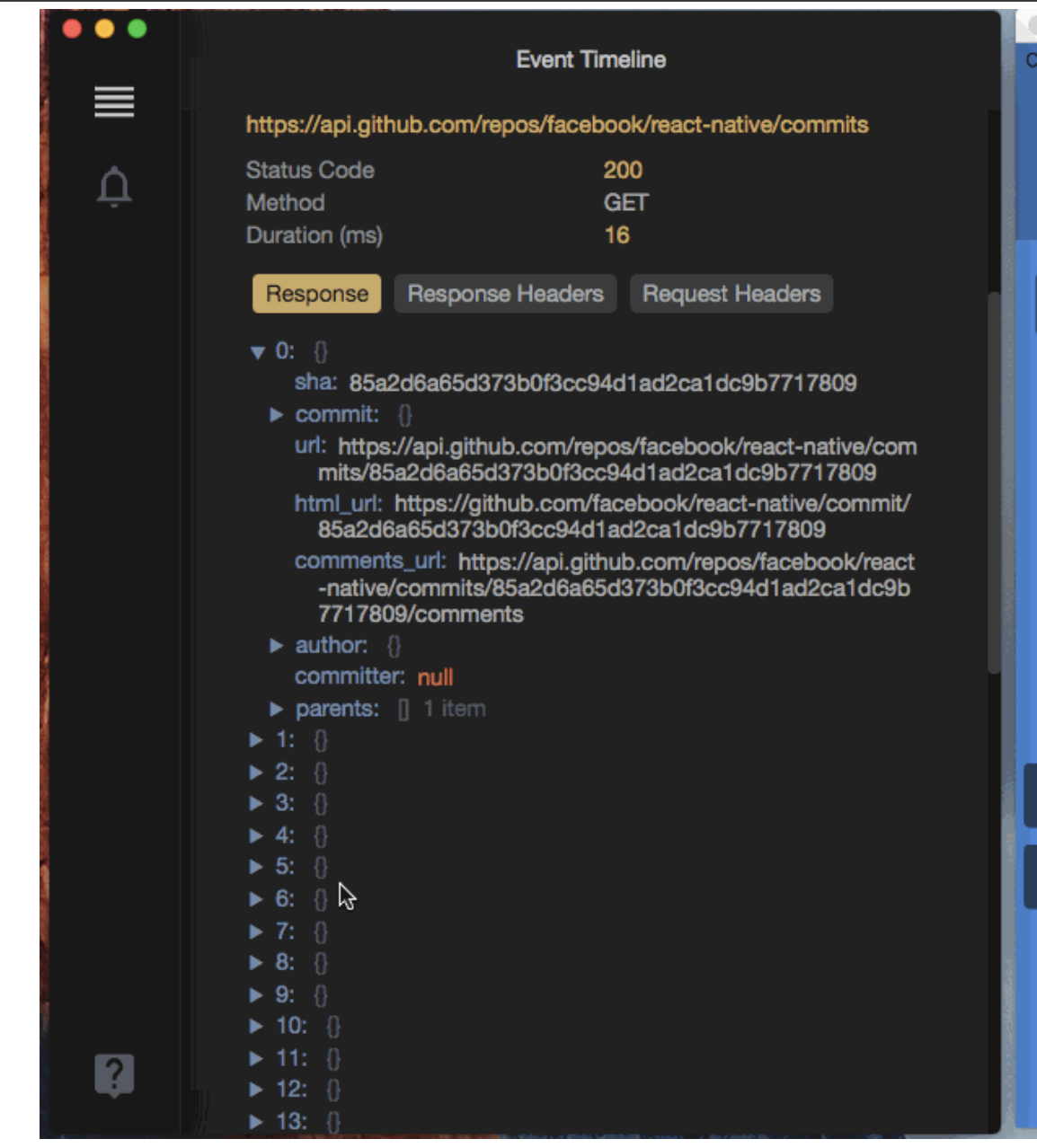 I know this is an old question, but there’s a much safer way to do this now that does not require disabling CORS or altering the React Native source code. You can use a third party library called Reactotron that not only tracks API calls (using the network plugin), but also can track your Redux store, and Sagas with additional setup:

I’m not sure why no one has pointed out this solution so far. Use React Native Debugger – https://github.com/jhen0409/react-native-debugger! It is the best debugging tool for React Native in my opinion and it gives Network Inspection out of the box.

Take a look at these screenshots. 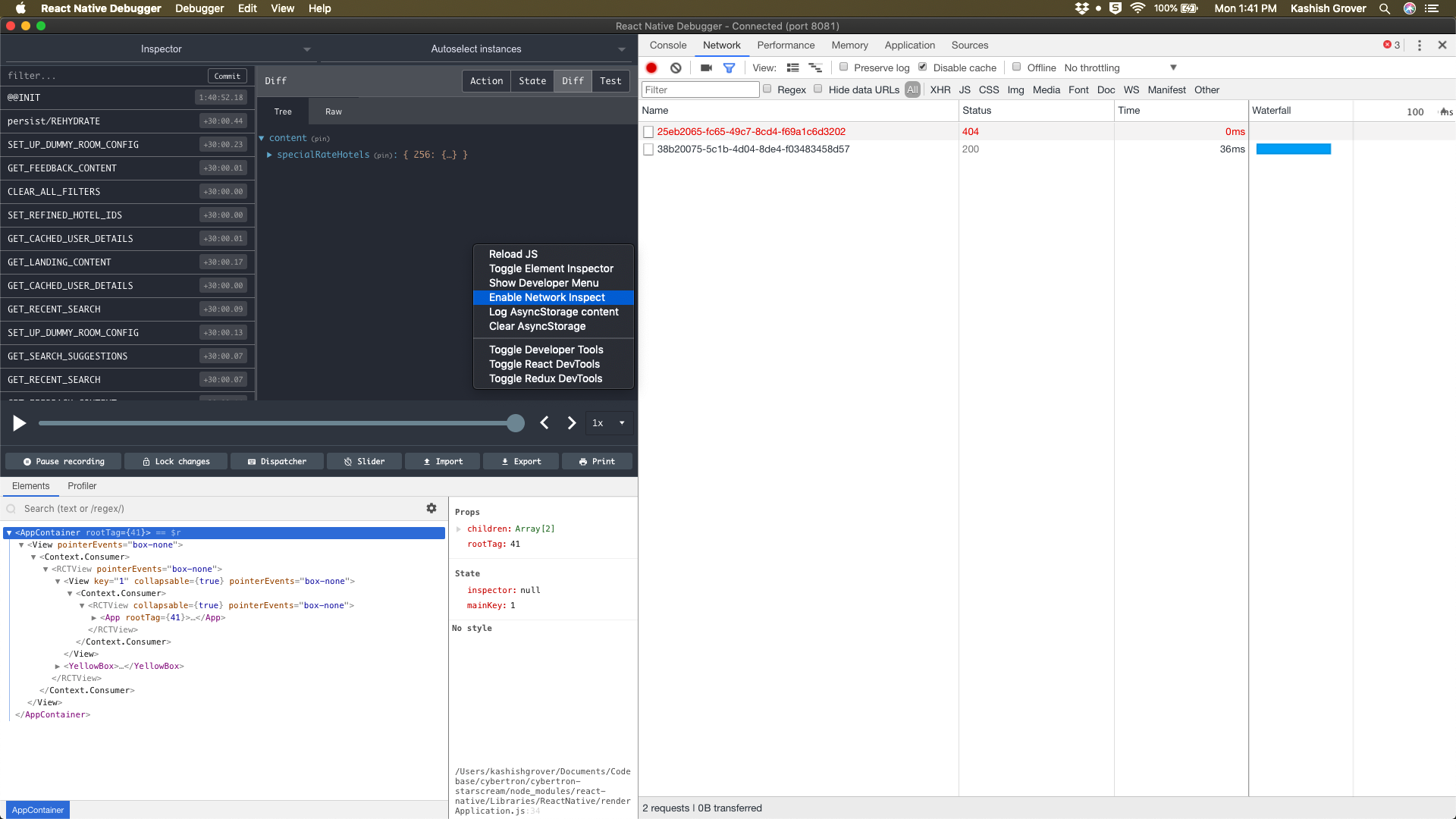 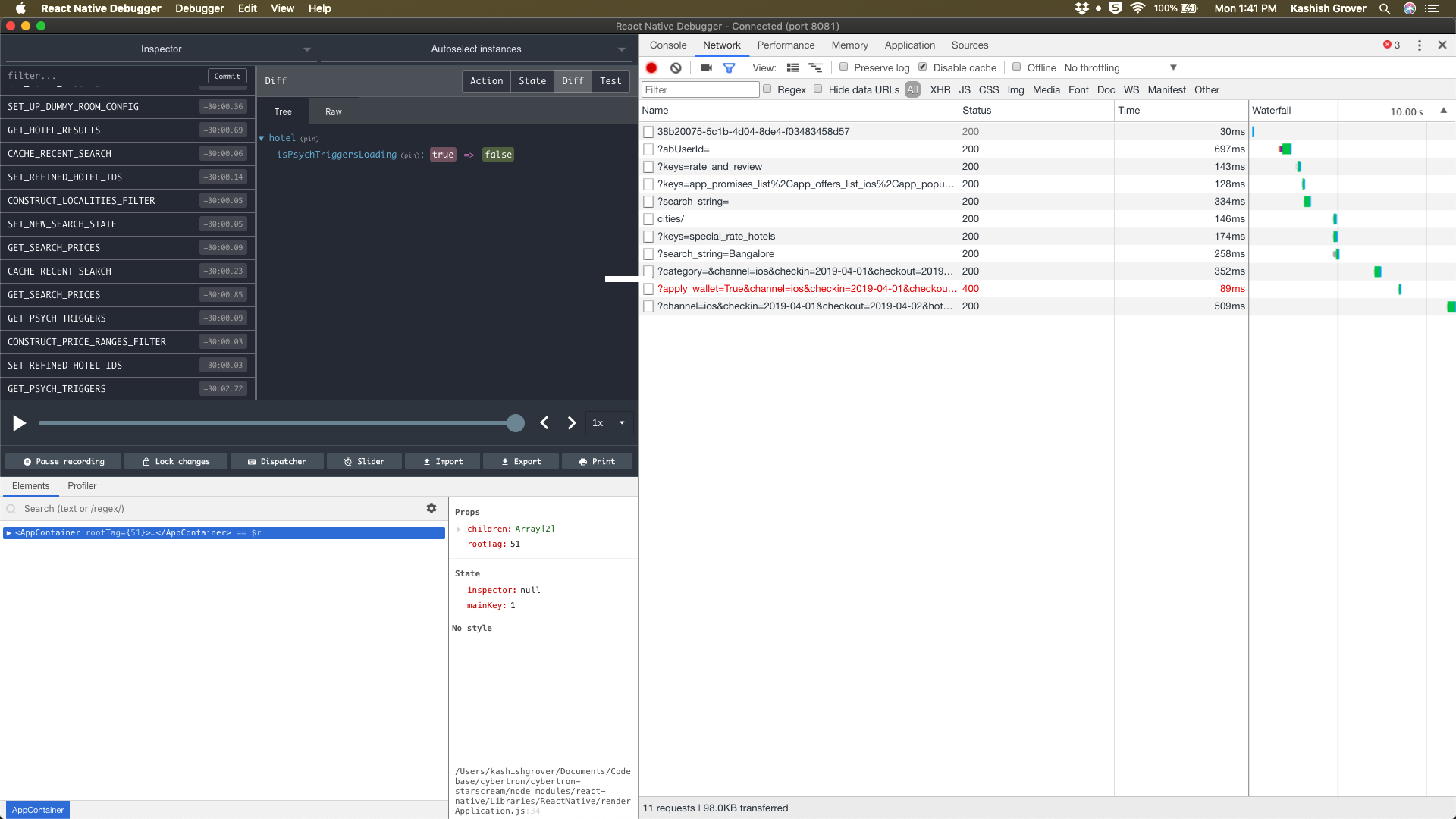 I was able to debug my requests in Chrome by deleting polyfill that React Native provides after importing React Native.

This worked for me for same origin requests. Not sure if you need to disable CORS in Chrome to make it work for cross origin.

Find out more or adjust your settings.

Strictly Necessary Cookie should be enabled at all times so that we can save your preferences for cookie settings.

If you disable this cookie, we will not be able to save your preferences. This means that every time you visit this website you will need to enable or disable cookies again.